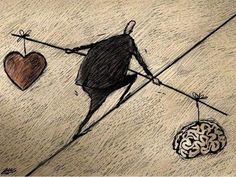 Please deposit one, shiny nickel into my bank account for every time I have heard a child say “I can’t” when I attempt to teach them a new circus trick.

I see the nickels falling into my bank account. I am now a very wealthy man.

How is it that children acquire this phrase at such an early age? How does “I can’t” (or feigned incompetence) embed itself in a child’s language pattern and mind?

That is a subject for a book by a child behavioral psychologist.

But then how do we, as teachers, educators and trainers, dislodge it from our student’s brains?

Sometimes it is as simple, and as difficult, as appealing to their heart through their mind.

A few years ago I had a five-year grant to teach an in-school circus arts program at my local middle school. It was a gang-prevention program. One of my very first challenges was to help a young student, an avowed leader of a local gang, to walk across the tight-wire. She was foul-mouthed, hard-core, and carried a knife in her boots (the school did not have metal detectors – at that time). She was quite adamant: “I can’t, and you can’t make me.” I sensed a power struggle in the making: as the leader she couldn’t look weak or fail, so what better way than to declare her independence and superiority over authority. I was now working without a net. Thankfully, her peers in the class had a fascination with the tight-wire. They all tried it and liked it. It took me all 10 weeks of that program to get the leader to even attempt walking the wire. How? I appealed to her heart through her ego. I told her all about the subconscious mind: how it loves, loves, loves negativity; how it accepts all unfiltered data such as ‘I can’t do this’ and translates it as: ‘Alright then. Accepted. You can’t do this.’ But if you said, ‘I can,’ your subconscious self would translate it as: ‘Alright then. Accepted. You can.’

She looked at me like I had two heads. But I knew she was listening so I followed up quickly with: “Leaders lead by example. Some of your followers are doing better on the tight-wire than you. But you see something they don’t see, don’t you? Who do you see at the other end of the tight-wire?” She was more than a little confused. “Who do I see? Are you insane?” “Just tell me whose arms you would want to fall into if you could walk across the tight-wire, by yourself, without me hand-holding you?” And then a miracle took place: she looked intensely at the platform at the other end of the wire, stepped out onto the wire and walked across that tight-wire without my help, as if she was floating on angel’s wings. When she stepped down I asked who she was thinking of. She said her grandmother. Her grandmother had taken care of her all her life. In that moment, her grandmother had lifted her up, walked every step across that wire with her, and held her in her arms when she got to the other end. I found out later that her grandmother had died the previous year.

In this experience, the initial “I can’t” was a dialogue the child was having between her mind, her experience and her heart. She was struggling (attempting to find balance) with what she knew, and with what she wanted to be true: to know she was successful at something (mind) and to have someone care (heart).

That’s what I mean when I say that circus works. As instructors, teachers of life, bearers of lessons to share, we have an obligation to not just teach skills. We have an obligation to re-frame I can’t into I can for our student’s own good…for the sake of their heart and mind. That is a balancing act worth learning.